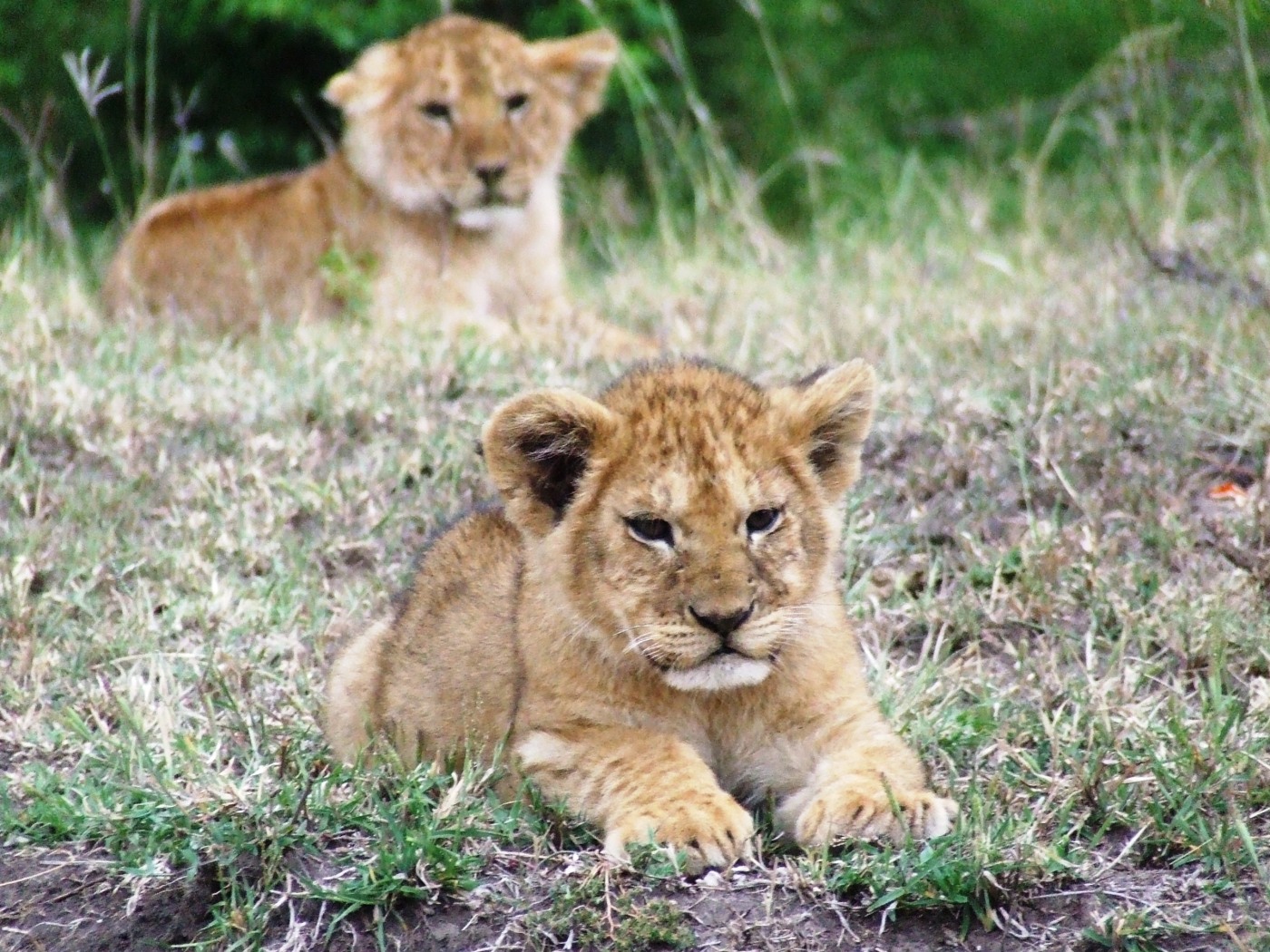 Rites of passage. I remember mine. What a fabulous day. 16 years old, clutching my exam results. We left school and went to a shabby pub in Heywood. I wore a cream cheese cloth shirt and brown corduroy Oxford bags. We played pool and stood at the bar having a pint. That was the moment I stopped being a lad and became one of ‘the lads’. I passed the test.

Daniel and Jackson told me their coming of age story. Aged 13 a handful of them left their Maasai village and went into the bush for three months. They each had some food, a spear, a club, and a knife. If they survived, they returned home as men.

‘Did the lions attack you?’ I asked.

‘Really? Why not?’ I asked. Daniel shrugged his shoulders at the irrelevance of my question.

We stayed a week with them. They were gentle people, yet we concluded that the lions were very wise to stay out of their way. The men were affectionate, they held hands as they walked through the bush, but they were tough. True masculinity is the opposite of machismo.

Courtesy of a tax rebate, we booked our Africa holiday with two luxury outfits; Steppes Travel and Porini camps. Our first stop was at Porini Amboseli camp. The nearby national park gave us the classic postcard views of elephants with Mount Kilimanjaro in the background. However, we stayed on Maasai ‘conservancies’, protected land outside the National Parks that only the local people and their guests are allowed on. Thus, they got a decent chunk of the fees, and in return, we got exclusivity. This was very significant as it meant our viewings of animals were quite private and intimate, whereas a sighting of a leopard in the main park could attract dozens of vehicles.

Our glamping site was in the bush, so animals could wander in and out. We awoke the first night to a loud thumping sound outside our tent. The ground shook and the surface of my bedside glass of water trembled like the scene in Jurassic Park. It was clear that an elephant was about to trample the tent and us in it. It was frightening, and I thought we were going to die. So, sensibly, I turned over and went to sleep. Turns out it was a giraffe.

Initially, going on safari had no particular appeal for me, having been to Chester Zoo as a child. I like monkeys, that’s about it. My wife pointed out that I got excited if I spotted a rabbit locally, and it turns out she was right. It was a blast. I loved it. Typically, we would be woken up about 5.30 am with a cheery “Jambo” and a cup of tea. Then, after breakfast, we would be off on a game drive or a walk with a guide and an armed guard. Every day finished with sunset drinks in a cool location.

It was a great start to the week, and I didn’t want to leave Amboseli, though it was exciting to be chased away from the camp by a bull elephant. I was feeling a bit down when we set off for Porini Lion Camp in the Olare-Motorogi Conservancy. We flew from Nairobi on a little propeller plane, and we could see our shadow on the grasslands below. There were about four stops on bumpy, grassy airstrips before we got to our destination. The plane before us had been pursued by a rhino as it landed.

I doubted if our new camp could be as good as the last, but we saw four of the ‘big five’ on the journey to it. Luckily, we had timed our trip just right. Over 1 500 000 wildebeest, 200 000 zebras and countless species of antelope were moving through the area, following the seasonal rainfall. We call it ‘the great migration’, the local lions, hyenas, crocodiles and vultures call it ‘lunch’.

The game drives were brilliant, watching the animals pluck up the courage to sprint across the River Mara. The beasts were understandably wary as there were hundreds of corpses, bloated by the heat, floating around them. Rafts of dead wildebeest swirled in eddies, with vultures perched on top, plucking away at the rancid flesh. At times, the smell was somewhat pungent.

In the evenings twenty or so guests met in the main marquee for dinner, have a few drinks and share stories of the day. As we dined one night, roars of joy and shrieks of agony announced that some lions had made a kill just close by. The camp was unfenced, but a Maasai guard was on hand to cover your journeys around the site and ensure you felt safe. After a few beers, I needed the toilet, so I went to the door and asked a guard to accompany me. He smiled.

‘Are you afraid of the lions?’ he asked with a patronising smile.

‘Don’t worry, they won’t come near the tents,’ he replied, still grinning.

Seeing I wasn’t too confident, he walked the fifty yards to the loo with me. Inevitably, when I’d finished and stepped outside, he had gone. I stood there for a moment in the darkness, but I had no choice, so, emboldened by alcohol, I set off with a confident and nonchalant stride back to the beckoning lights. It was a bit scary. I don’t want an elaborate funeral, but it would be nice to have a few mourners seeing me off. This wasn’t going to plan. I imagined my remains becoming lost luggage. A bin liner full of lion shit, forever circling round the baggage claim at Manchester Airport. I made it back, but I couldn’t find my erstwhile guide anywhere. I was going to explain to him how we used the word ‘twat’.

But it was no place to hold grudges. On our last day, our driver and spotter, Mushak, took my wife and I out for a private drive. We set off before dawn and were back for lunch. We saw a pride of lions waking up, the cubs trying to get their yawning dad to play. We found a lioness with two youngsters resting in the shade by a stream. A bull elephant warned us off getting too close, a black spitting cobra slid by glistening in the sunlight. So many ‘wow’ moments.

Maybe it’s just me, but, as marvelous as the holiday was, it wasn’t the wild animals that left the strongest impression. It was the people and their way of life. I couldn’t live as they do, in a hut made of twigs and mud. I prefer my life of comfort and technology. But, as we drove away from a Maasai village one night, heading for our sundowner beer and evening meal, I could hear their community singing, as they jumped up and down at the camp fire. Our life of ease in the developed world has come at a price, separating us from nature and each other.

This holiday, coupled with the week following in Rwanda, was our most expensive one ever; it’s no wonder I drive crap cars. If you have lots of children, you could sell the most disagreeable one into slavery. Or, if you ‘know a lad at the stables’ you could put a grand on a ‘cert’ and squander the winnings. Or, like us, you could get lucky with a tax rebate.

On the Porini conservancies, you get the intimacy with the environment, driving around in a Landover with your own personal Maasai warrior guide finding animals. You sleep in a (admittedly grand) tent with the sounds of nature all around you. Basically, you get more ‘Africa’ than you would in a big hotel with a swimming pool; but that’s a more cost-effective way to do it. There are opportunities to safari with guides putting your own tent up. These are cheaper, and we did that a year or two later in Namibia. If went to Kenya again, we’d go for that cheaper option. Alas, that would mean goodbye to the luxury!

It’s not a holiday for everyone, I think children could be bored by it. How would you know if you liked going on safari if you had never done so? I have decided that I like ‘em, but a few days is enough. So, yes, if you can go, do so. Or buy a nicer car.

If you liked my blog, there’s every possibility that you’ll like the comic novel I’ve recently published. Frankly, and I’m not exaggerating, the quality of this book makes Shakespeare read like ignorant doggrel. As much as I enjoyed teaching, and respect those who do the job, there’s plenty to laugh at. I spent 30 years giggling 😊. It’s a bargain at £2.21 for the Kindle! Click on the image for the Amazon link.